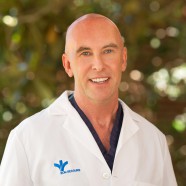 Dr. Anderson graduated from King’s College London School of Dentistry in 1976 and University College Cork School of Medicine in Ireland in 1982. He completed his residency in anatomic and clinical pathology at Hartford Hospital in Connecticut and fellowship training in cytopathology at The Johns Hopkins Hospital in Baltimore, Md., in 1992. During his time in Connecticut, Dr. Anderson received the Ronald S. Beckett Award for outstanding resident and the annual University of Connecticut award for best published research paper by a physician in training. Before coming to Hampton Roads in 1994, he worked as a surgical pathologist at Fox Chase Cancer Center in Philadelphia.

Reports can be viewed electronically, by fax or by courier.

Stat courier services at no charge, no stat fees.